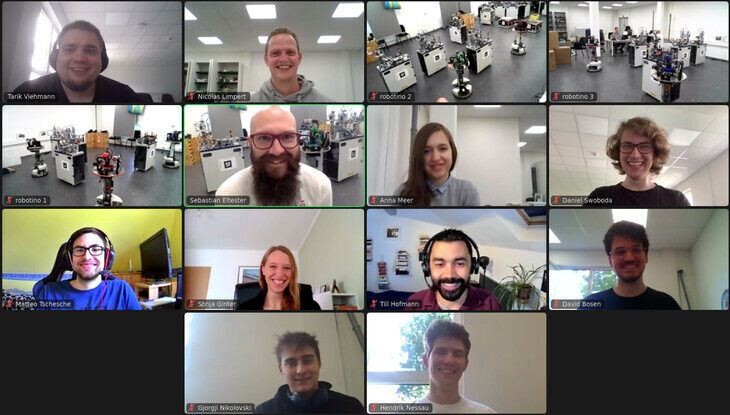 After the competition was cancelled in 2020, a hybrid world championship took place for the first time this year, in which each team had to master a series of novel challenges that were broadcast via livestream. The challenges were based on the regular competition: initially, the robots had to find the production machines on a randomly created playing field. As the difficulty increased, a team of robots then had to carry out a production process to fulfill orders. Team Carologistics came out on top with 706 points, clearly ahead of Team GRIPS from TU Graz (133 points) and Solidus from HFTM, Switzerland (80 points).

"This year's competition was a very special challenge due to the pandemic as well as the new tasks, so I am even happier that we were able to successfully master the challenges and defend our title," said Prof. Alexander Ferrein, Director of the MASCOR Institute at FH Aachen. Due to the current restrictions, only a few team members were able to work on site, the rest of the team had to program the robots from home.

"After the forced break in 2020, it was good that a competition could take place again this year, even if the special RoboCup flair was somewhat missing. We are already looking forward to next year, when hopefully the whole community can come together again," says Prof. Gerhard Lakemeyer, head of the Knowledge-Based Systems Group at RWTH Aachen University. RoboCup 2022 is scheduled to take place in Bangkok. 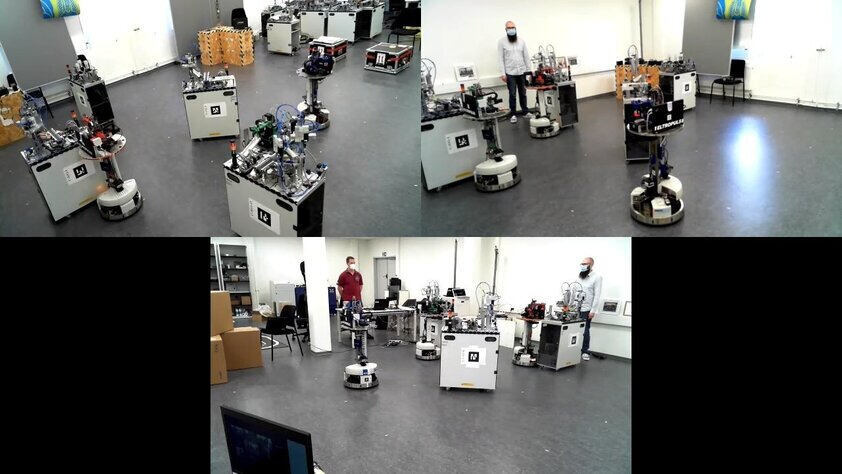