You Are Here: #Jodel – made in Aachen

#Jodel – made in Aachen 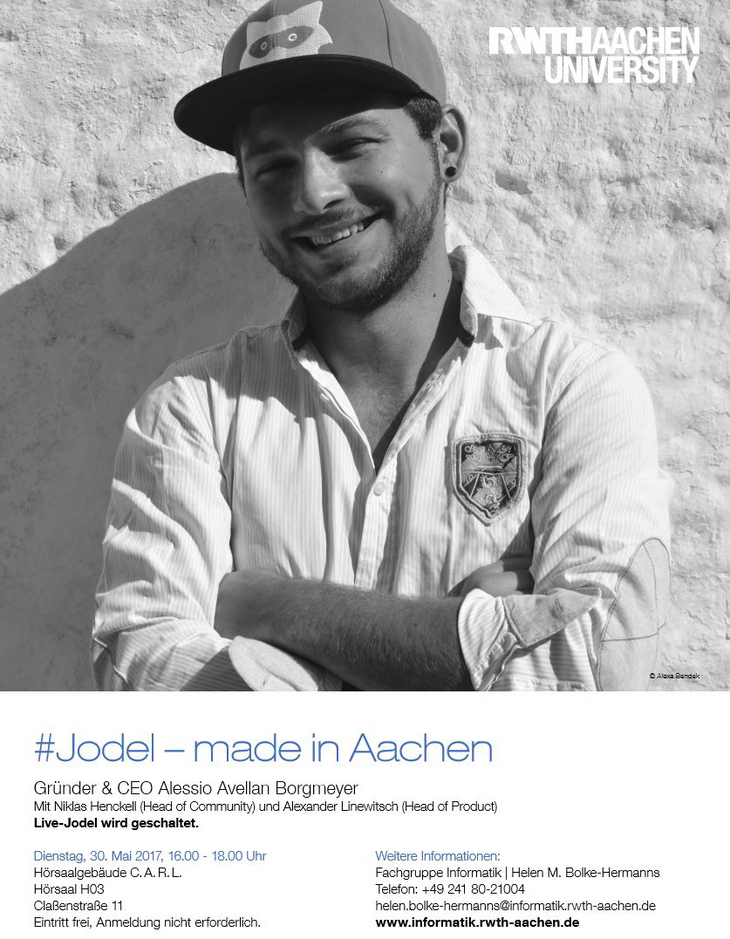 Alessio Avellan Borgmeyer is the inventor of the Jodel App that launched in Aachen two years ago. The 26-years-old studied industrial engineering at RWTH Aachen from 2010 to 2013 and lives now in Berlin. Niklas Henckell and Alexander Linewitsch – both from RWTH Aachen as well – joined shortly after founding. Since then, the Jodel App is heading to great success. Difficulties and personal experiences will be thematized at the event, as well as the new form of communicating via Jodel.

Live Jodel will be active.

The event is organized by the Computer Science Department,, REGINA e. V., RIA/Gesellschaft für Informatik and can be attended free of charge. No registration is necessary